Unfortunately this year you won’t be able to travel on the actual DalesRail train as it has been cancelled due to Covid-19 but to compensate many DalesRailers are sending to Community Rail Lancashire (CRL) their ‘Tales from DalesRail’. Take a look at https://www.communityraillancashire.co.uk/tales-from-dalesrail/ to see an ever growing number of fascinating stories, photographs & pictures (116 so far), poems and even videos about the service. 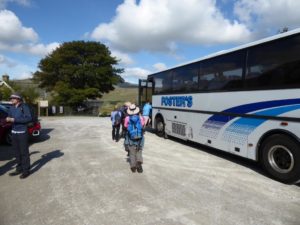 DalesRail train arriving at Hellifield in the 1980s – Craig Ward

Take a look at the Dufton Chicken Race – have you ever seen anything so bizarre? Or perhaps you want to look at a favourite walk in which case take your pick from the rambles described and illustrated by John Barnes. There are many others including a video from Gordon Head better known as Nodrog. If history is your passion, then there is much to satisfy your curiosity about the origins of DalesRail.

However, we want to hear all DalesRailers so if you haven’t sent in your tale there is still time. It can be large or small in length, it can be a poem or a picture but we want it to be a record of why you like DalesRail and look forward to its return next year, If you want some ideas take a look at this short video:

We look forward to hearing from you.

Send your contributions to either Richard Watts at richard.watts.crl@gmail.com or Simon Clarke at simon.clarke.crl@gmail.com.

We look forward to hearing from you.