The various friends of stations groups along the South Fylde Line have created displays for Remembrance Sunday. 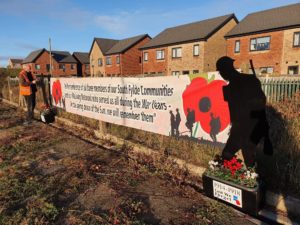 The remembrance banner on the disused platform at Squires Gate station

Several volunteers have been involved at each of the stations. The Silent Soldier’ outlines have once again been married up to colourful planters and this year, at St. Annes station, we have created our own plastic poppies made from discarded plastic material so we’re using, reusing, recycling and repurposing! 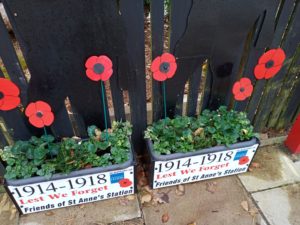 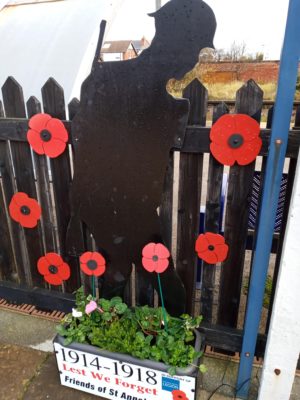 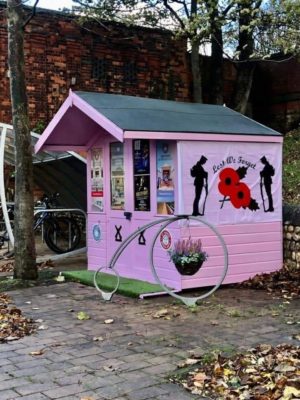 At the entrance to Lytham station 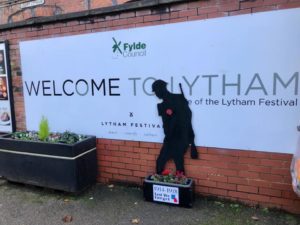 Silent soldier on the platform at Lytham

Tony Ford, Chair of the South Fylde Line Community Rail Partnership said “We’ve been able to do something that we ‘normally’ do at this time of the year and that is refreshing. Friends of Squires Gate Station have added their banner alongside the Silent Soldiers on Platform 2 following the reinstatement of their licence and the Friends of Lytham station have also been hard at work.”