In the early summer, with the UK in lockdown, many were concerned by a steep rise in railway trespass, particularly amongst 11- 18 year olds.

Community Rail Officers from across the country who attended Community Rail Lancashire’s Virtual Education Network heard the frightening statistic from Network Rail of a 25% increase in railway trespass in the first month of lockdown and knew they could help spread the message of #StayOffTheTracks.

Community Rail Partnerships (CRPs) span the whole of the UK, working with communities along their routes and with the rail industry. They are fully supported by the Department for Transport and well placed to get the railway safety message across.

The winners of this UK wide competition, to get young people to be creative in the safety of their homes and gardens, have now been announced. 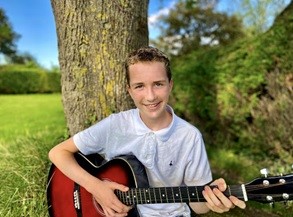 The competition ran from June to the end of September, with six categories and asked young people to make a film, write a song, produce a storyboard, or write a script, and enter either as an individual, or as a class or youth group.  There was even a prize for the biggest impact on social media to encourage the entrants to share their work with their peers. Prizes were sponsored by Train Operating Companies and by a number of Community Rail Partnerships, with the top prize in each category being a GoPro Hero8 bundle. There were runner-up prizes too and along the way ‘spot’ prizes each month. 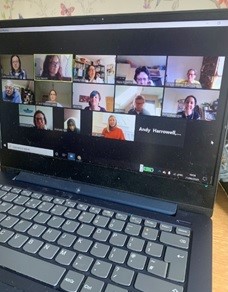 The winning entries have been compiled into a video, which is available at   https://www.youtube.com/watch?v=gFmnTmDO8DA  (or see video below). Winner of the best song, Henry Plume said, “Oh my goodness! Thanks so much. You guys are amazing. You have made my whole year!” when finding out he had won a Go Pro Hero 8 bundle.

This is not a competition where the winning entries will be neatly filed! All the work from the winners and runners up will be used by Community Rail Officers when they visit schools and youth groups to talk about rail safety. And each winning entry will be played on social media too. Lots of opportunity to continue to share the #StayOffTheTracks message. Virtual Education Network Chair Karen Bennett commented, “Young people are far more likely to take notice of a video or song created by their peers than something more corporate so we are delighted to have a catalogue of high quality resources to share with all our colleagues in the rail industry”.

Watch out for the Backtrack Competition 2021 – we’ll be back!