MAKE A BEELINE FOR THE STATION

‘Make a Beeline for the Station!’ is a community marketing project, that combined the vital elements of local education and wider group engagement with tourism attractions and professional marketing.

View the video on this link: https://m.youtube.com/watch?v=wvqCraWQYfU

There are two lines covering West Lancashire each with its own charm and places of interest:

Leaving Preston on the West Coast Main Line the Ormskirk train soon heads off across the marshes for Croston. Croston is a delightful linear village with plenty of pubs and many interesting buildings. Next is Rufford with walks along the Rufford branch of the Leeds Liverpool Canal to Latham and Burscough, the developing canal marina complex with St. Mary’s Marina Boathouse Brasserie and Rufford Old Hall owned by the National Trust. At Burscough there is an easy walk to the new Burscough Bridge Interchange on the Wigan to Southport line. The train terminates at Ormskirk with connections into the frequent Merseyrail service to Liverpool. There is now a roughly hourly service on the line Monday to Saturday so it is possible to have a full day out.

This is a busy commuter line connecting West Lancashire with Wigan, Bolton and Manchester. There are some major attractions along the line that can be easily reached by train and foot/bike or bus!

The service terminates at Southport, England’s classic resort with a wide range of shops, cafes, bars and entertainments to suit all tastes and ages. Take a stroll along the elegant Lord Street with its wide variety of shops or visit the pier which has had a major refurbishment and take the little train for a trip along it!

The West of Lancashire Community Rail Partnership (WoLCRP) has been awarded accreditation by the Department for Transport.

Accreditation is formal recognition by the Department for Transport that the partnership operates to a high standard and that its objectives and activities are supported by the Government. Further, the Government considers the partnership a good representative of the West of Lancashire Line’s communities. 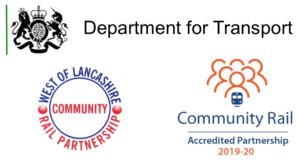 The West of Lancashire Community Rail Partnership can be contacted by telephoning on 01254 386579 or by emailing info@communityraillancashire.co.uk and there is a Facebook page called Community Rail Lancashire and a Twitter feed @crl_live.

The West of Lancashire CRP encourages any feedback about our work, by contacting us via the email address above , or by post to the address below:

If you are still not satisfied then please contact the Chair of Community Rail Lancashire on communityraillancashire1@gmail.com or phone 07487 699341.

The Department for Transport’s accreditation process requires that every community rail partnership (CRP) that has been accredited maintains paperwork including a Route Prospectus, Terms of Reference, and an annual Action Plan, that is reviewed and amended as appropriate. Each CRP is also asked to produce an Annual Report of its activities. To view the paperwork for the West of Lancashire CRP click the link.

The West of Lancashire Line Guides mentioned above were developed by the West of Lancs CRP in partnership with Northern Rail, Merseyrail, Merseytravel & Sefton Council. The project also received a grant from the Designated Community Rail Development Fund, which is supported by the Department of Transport, Network Rail and ACoRP.

Formal recognition by the Department for Transport. Posted 18.01.2020

Something For The Weekend CVI 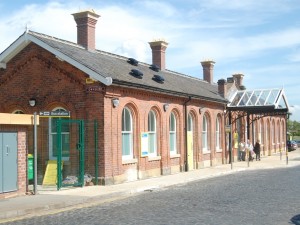 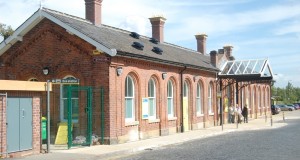 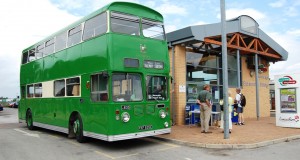 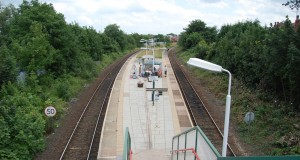